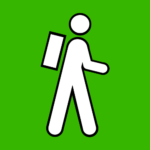 We try to express the best of local produce and classic Italian cuisine.
More info

From Bellagio it is possible to reach Magreglio by public transport even if, unfortunately, the bus does not make many trips during the day.

From the bus stop then, in about 30 minutes on foot, you reach the Castagneti locality from where you can start the route.

We therefore recommend that you reach the car park in Castagneti by car and start the route from there.

Lambro, the main Brianza river, was born right in the heart of the Lariano Triangle, at an altitude of 944 meters near Pian Rancio. Here the river is little more than a thin stream of water that flows between two inclined rocky slabs.

The Lambro, the main river of Brianza, originates right in the heart of the Lariano Triangle, at an altitude of 944 meters at Pian Rancio. Its main source is immersed in a forest of spruce and larch: here the famous river is little more than a thin stream of water that flows between two parallel rocky slabs that emerge inclined, as if to accompany the first stretch. The name of this spring, “Mena-resta”, reflects its most curious characteristic: in fact it has an almost continuous flow throughout the year, but upon careful examination it shows an intercalating trend where, at periods in which the flow is modest, followed by intervals with significant increases in flow rate.

This peculiarity had already been mentioned in 1794 by the Librarian of the Ambrosiana of Milan, Carlo Amoretti, author of one of the first “tourist guides” in the modern sense of the term, the “Journey from Milan to the Three Lakes”: “Vedesi sopra Magreglio … una intermittent water source, called the Menaresta … it springs from a rock … where the Pian-rancio is.

At approximately every eight minutes the source makes a very sensitive increase, and the internal noise is heard. It lasts about three minutes for the increase, and five for the decrease.

The Lambro really begins there “. This characteristic is linked to the carbonate nature of the rocks present in the area, subject to surface and underground karst phenomena.

The variations in flow rate of the Menaresta spring are determined by the presence of an underground karst cavity in the dolomitic rock, connected to the outside by means of a conduit in the shape of an inverted siphon.

Its entrance, at the base of a rocky wall, leads to different environments in which parietal and columnar concretions, stalactites and other forms of deposition can be observed, some of which recall in their form the woolly back of the sheep (from which the name of the cave). Inside the cave, colonized by an interesting fauna with cave insects, fossil remains of marmots were also found.
The Menaresta is located inside a coniferous forest, mainly made up of spruce and larch trees; these trees, of considerable size, considerably reduce the amount of light that can penetrate to the ground and contribute, with the constant fall of the needles, to impoverish the characteristics of the soil.

A few maple trees and shrubs such as hazelnut and elderberry accompany them. In the immediate vicinity of the source, therefore, only a very common and spartan flora can live, composed of relatively common species: the blooms of the Christmas rose, primroses and triloba grass stand out.