The church of San Giorgio is located in Bellagio, next to the city hall. It is contemporary to the Basilica of San Giacomo, the main church of the city: like this one, it dates back to the XI-XII century (it is dated between 1080 and 1120).

Originally the apse and the altar were facing east; they were then moved to the opposite side, thus moving the entrance to the street. The oratory attached to the church is, since 1658, the seat of the local Confraternita dei Cinturati.

The style of the period in which the church was built is shown in the perimeter walls in stone blocks, in the splayed windows and in the small portal. Singular is the belfry straddling along Salita Genazzini. Inside, there is a fresco dating back to the eleventh century of the Madonna della Cintura and a wooden statue of the same, which is carried in procession on the second Sunday of September by tradition. 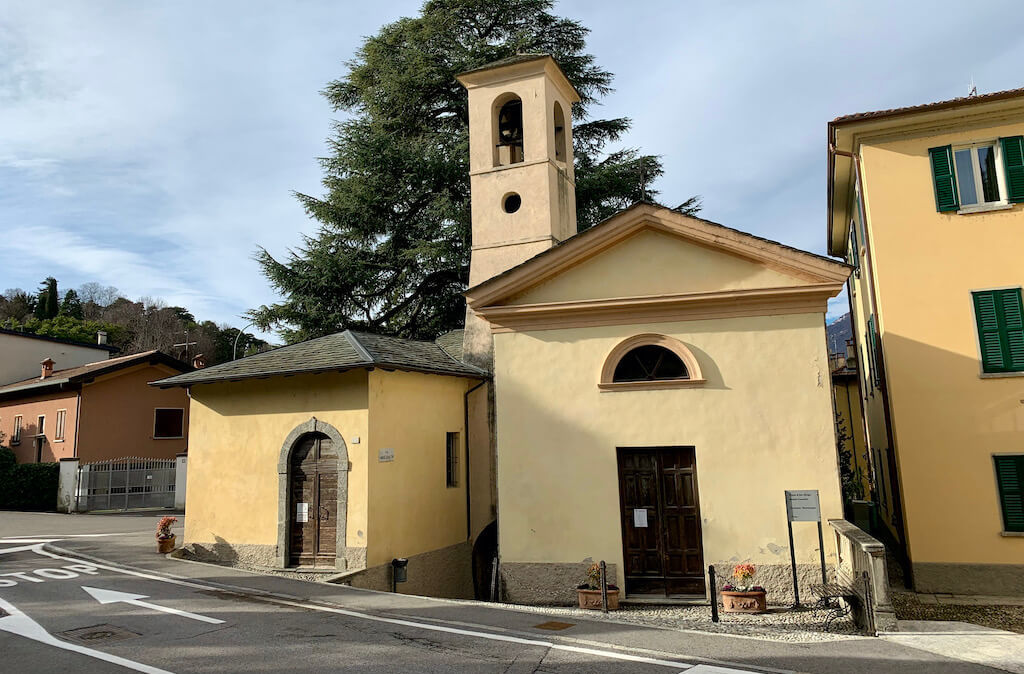