The basilica was erected between the end of the eleventh century and the beginning of the twelfth century
It has a three naves plant with the bell tower set on the left in the façade.
Of the original building the three apses remain on the outside, decorated with double-edged arches; inside the four capitals and the symbols of the evangelists of the entrance hall. The bell tower was obtained by overturning and altering in the seventeenth century a tower of defense of the walls in the north, which reached about the height of the roof of the church. With the eighteenth-century transformations, the bell tower took on today’s appearance. It was also plastered, as well as the rest of the church, until the restoration of 1990.

The interior is decorated with works of art dating back to different historical periods.
Examples include the two fifteenth-century tables, one from the Umbrian school and one from the Lombard school, the various Romanesque sculptures and paintings from the late sixteenth and seventeenth centuries, including the Deposition of Jesus in the tomb and the Madonna delle Grazie, the first attributed to Perugino and the second, of the XVI century, attributed to Foppa.

In the three apses there are, starting from the left, the chapel of Sant’Orsola, with a mosaic work by the Castemari di Venezia company, dating back to the early twentieth century; the golden wooden altarpiece, above the tabernacle, by the Bellagio sculptor Domenico Pini; the chapel of St. Anthony, with the mosaic, also a work by the Castemari di Venezia company, which replaced a fresco ruined by humidity. The altar, dating back to 1985, was created by the company Sampietro, with marble slabs by Musso. The ambo is the result of the reconstruction led by the architect Perrone, during the restoration of the ancient church. The symbols of the evangelists, recovered on the wall of the bell tower, were also part of the ancient ambo.

There is also a dead Christ, of seventeenth-century Spanish, which according to tradition belonged to a Spanish settlement in the locality of Pian di Spagna, at the top of Lake Como, overwhelmed during a flood of the river Adda and transported to the lake; it was found by fishermen bellagini and put in veneration in the church. He goes in procession every Good Friday.

Also the baptistery is the result of the interventions made during the restoration works of the church. The arrangement of the whole, as it is presented today, dates back to 1986. The mosaic of the Venetian school, depicts the Baptism of Christ of the Bergognone canvas, which is located in the church of Melegnano. The support of the pool is the work of the sculptor Daverio of Bergamo.

Bells
On the bell tower is installed a valuable concert of 5 bells made entirely in 1849 by the famous foundry Valtellinese “Pruneri” which was based in Grosio (So).

The concert consisting of 5 diatonic bells larger than Re3 is perfectly tuned.

The bells are installed according to the typical “Ambrosiano” sound system as per the tradition of the area. 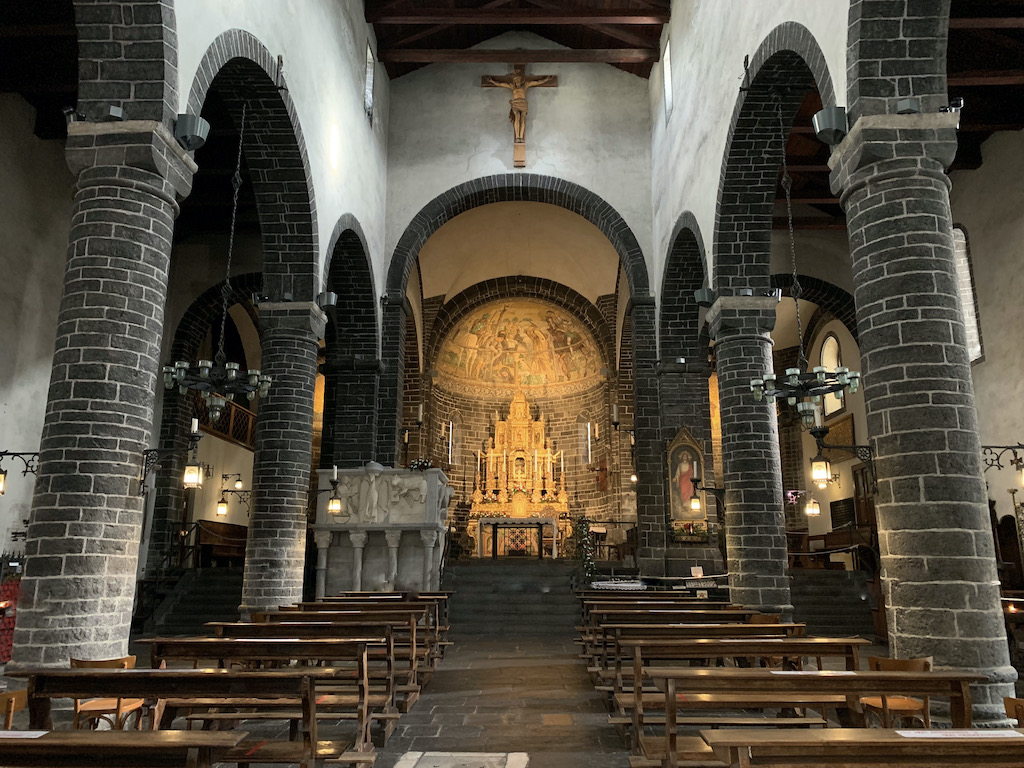 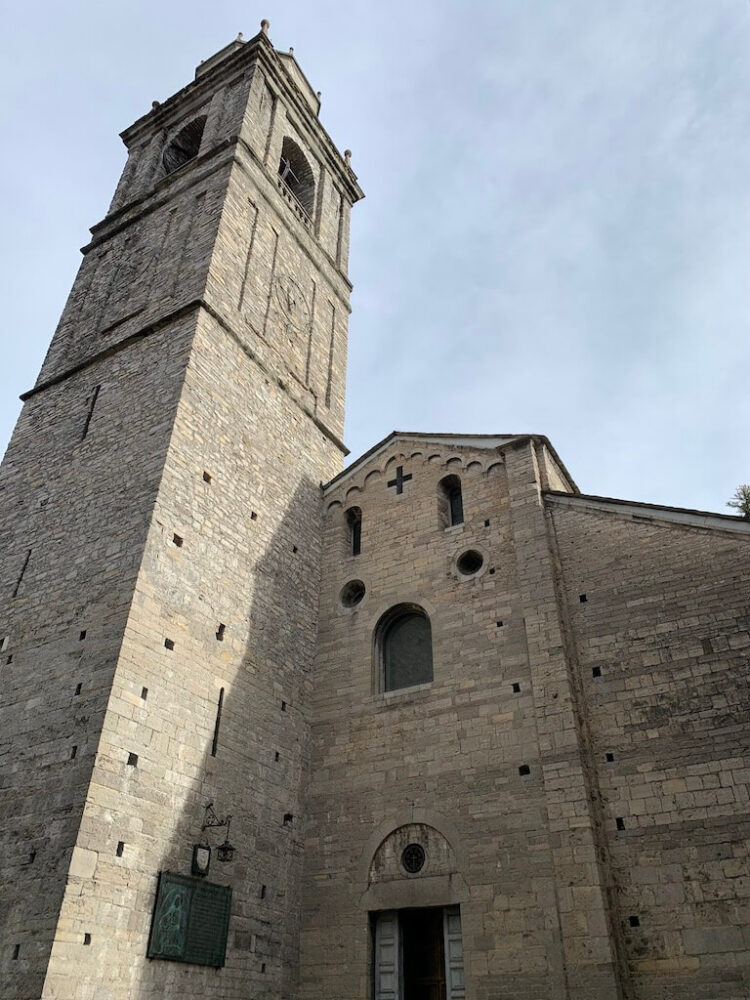