The building, which is located inside a private property can not be visited, but its shapes can be seen along the provincial road towards Como.
A single nave, with an irregular pattern, ends with a low apse carved by three splayed single-lancet windows. The façade has no decorations and is only moved by the monolithic architrave of the portal and by a cross-shaped window, which is identical in appearance to the capocroce.
It is made of stones and pebbles. Next to the church was built a female Benedictine monastery, abandoned in the seventeenth century.
At the end of the eighteenth century the mothers of S. Colombano di Como alienated their property in favor of Pietro Venini, owner of Villa Giulia.
The descendants demolished the monastery in 1804 to create the avenue leading from the property to the lake. 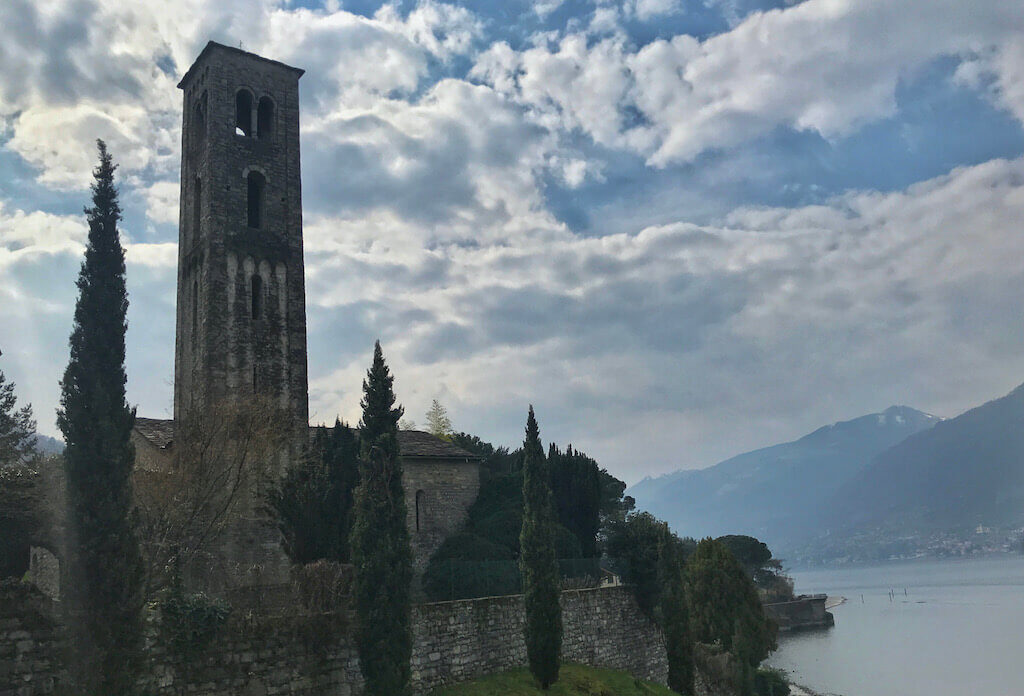