The church, originally belonging to the order of the Dominican friars, is formed by a single nave nave, on which there are two side chapels (the one on the right has a rich stucco decoration), and from the presbytery.
The arch of the presbytery has two paintings representing San Vincenzo and San Martino. The back wall houses a marble and stucco altar with a wooden statue of the Madonna del Rosario and, at the top, a painting depicting San Domenico with a silver crown. The statue was relocated in this position not long ago, as the niche was hidden by an altar with carved and gilded wooden ciborium (of unknown origin) that has been recently restored and now awaits a new home.
On the terracotta floor of the nave there are three tombstones dating back to the seventeenth century, under which were found remains of human bones, probably of the Dominican friars who lived in the convent located in front of the church; in fact it was a recurrent practice to be buried in religious buildings.
Finally, on the counter-façade there is an interesting eighteenth-century wooden balcony. 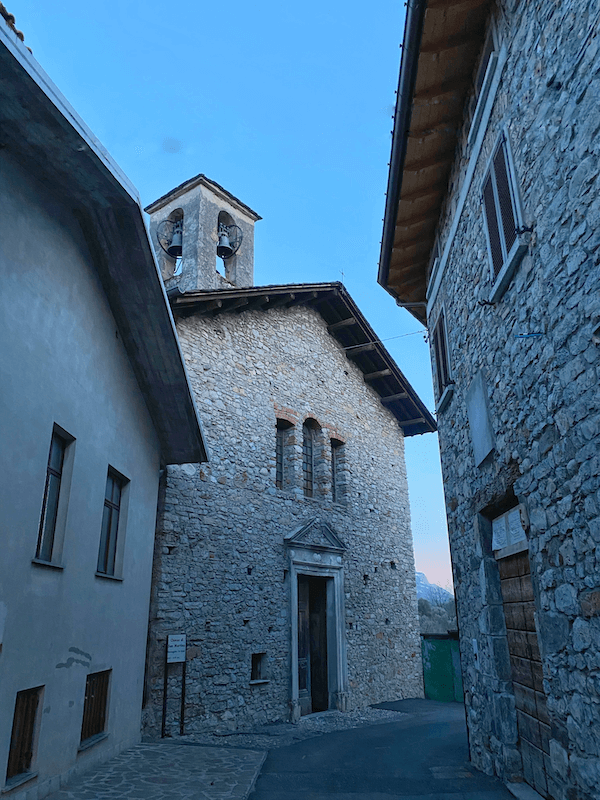